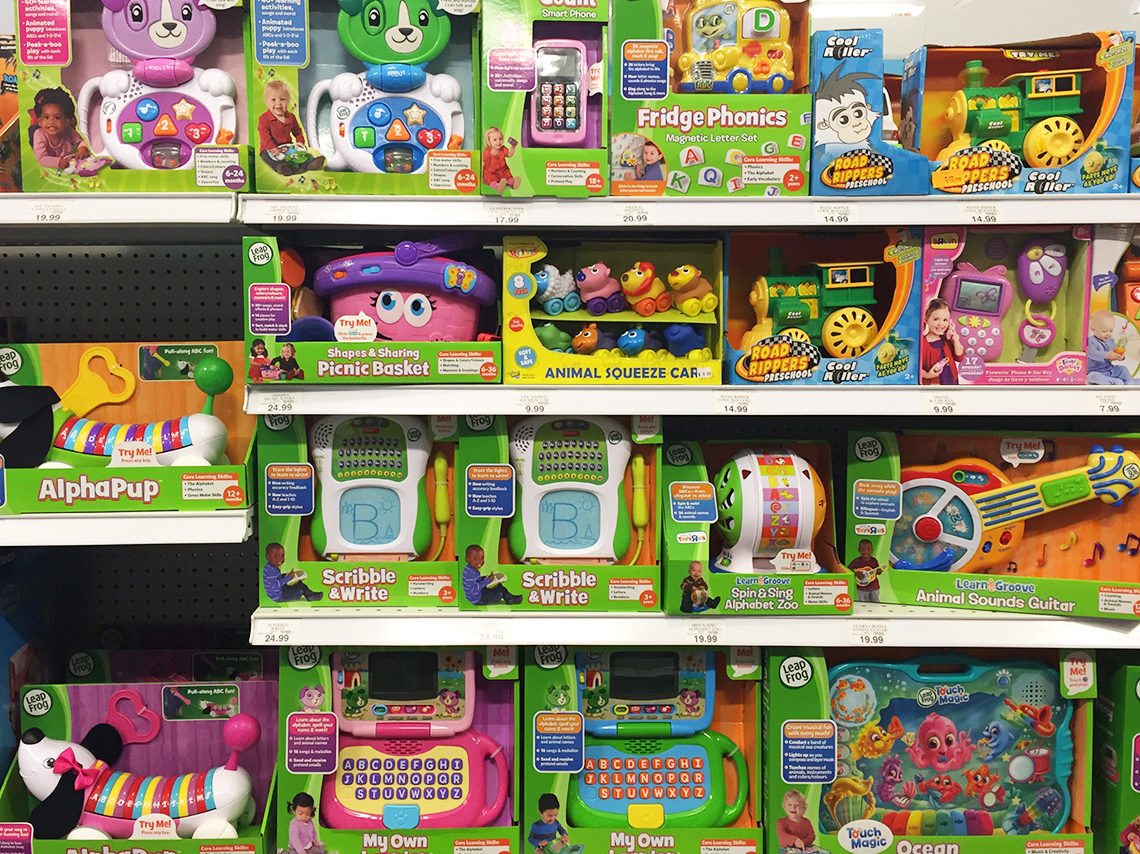 With the recent debate stirring about Target de-gendering their toy section I thought it was time I write this post. Please understand that all of the thoughts and opinions below are my own. You may agree or disagree but either way I think it a worthwhile discussion to have.

My take on the issue probably differs from others posting about gender specific playthings, but maybe that is good.

So in case you missed it, Target announced last week that it will be removing gender-based signs from their toy aisles. They are the latest of several major retailers that have taken this action, and I support the decision.

When We Were Kids

The trend of gender-specifying toys isn’t something new, but I think parents have had enough.

I remember as a kid getting the “big” GI Joes (approximately Barbie sized), I was so excited and brought them to school to play with the girls and their dolls.

I loved getting dressed up and pretending to be various characters.

I played kitchen and made fake food.

Those play times didn’t make me girly. My GI Joes played war against the Barbies, I dressed up as cowboys and detectives and George Washington, and I made some killer fake pizza.

My parents would babysit a girl from down the street after school and she would play K’nex with me. She would explore in the trees outside. She raced cars on Hotwheels tracks. That didn’t make her a boy, she just engaged with the toys we had since it was an all boy home.

We have them because of marketing (marketing is not evil – I work as a designer for marketing campaigns).

It comes as no surprise that market trends dictated the results we see today. Cultural mentality and consumer buying habits change over time. Naturally marketers and manufacturers watch and study these trends and adapt to make a buck. I cannot blame them for this, but I wish we didn’t end up where we are.

Look at this image that Let Toys Be Toys posted of a catalog from 1976 compared to 2013. Notice anything that is different? So there it is in living color, my issue in this mess. It isn’t that boys are pushed toward cars, construction and superheroes while girls are coaxed toward cooking, strollers and princesses. My issue is the over pinkification of toys.

It wouldn’t bother me as much if it there were a few toys that were pink. But when you take the exact same toy and make a blue version for a boy and a pink version for a girl, that is where I draw the line. Don’t believe it? Look at the image at the top of this post. That was taken earlier this year at a toy store near me.

If our children want a laptop it is probably to emulate mom and dad. So shouldn’t they actually be well designed and look like macs?

I know this is all trite and may seem ridiculous. I care because I search for quality. I care because we are better than pigeonholing our kids into specific color identifiers. I care because children are impacted at a young age. If we can teach them about good aesthetics now the things they will create as adults will be remarkable.

Girls can be engineers, trust me I work with some amazing ones. Boys can be nurses, I know so many great ones. The occupational stereotypes need to be deconstructed at an early age, and it starts with play. So I implore you to buy color gender neutral toys and expose your kids to anything they show interest in.